Since divorce is stressful and complicated most of the time, people going through divorce often need a divorce lawyer to help them sort out their legal options. During a divorce, it’s not only the fact that you are separating from your spouse that weighs on your mind, but also the possibility of being separated from your children, and losing your home or other assets. In a nutshell, there are too many decisions that have to be made during a divorce to protect your future and the future of your children. An Atascocita divorce lawyer that is experienced can provide personal attention and use a compassionate approach when dealing with your case.

Why You Need A Divorce Lawyer 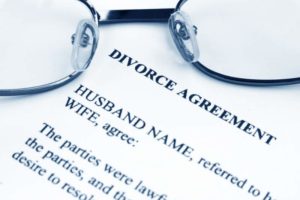 Uncontested divorces are where the spouses agree on almost all issues concerning the divorce and prefer to end their marriage out of court. With a divorce lawyer helping you, it becomes easier to resolve child custody disputes and help you create constructive parenting plans. Other issues your family law lawyer can help you with include spousal support, adoption, and property agreements. Child custody is called conservatorship in Texas.

Grounds For Divorce In Atascocita

You can divorce your spouse on six different grounds in Texas and they include:

However, the most common type of divorce in Texas is the no-fault method. The difference between no-fault and fault grounds for divorce is that you do not have to provide proof and it costs less. For example, seeking divorce because of adultery means that you have to provide evidence of that adultery. Since providing evidence requires carrying out an investigation and gathering evidence, it can become very expensive. But proving fault grounds can make a judge rule in your favor in matters such as child support or child custody.

Your divorce lawyer will help you create a plan that considers these factors.